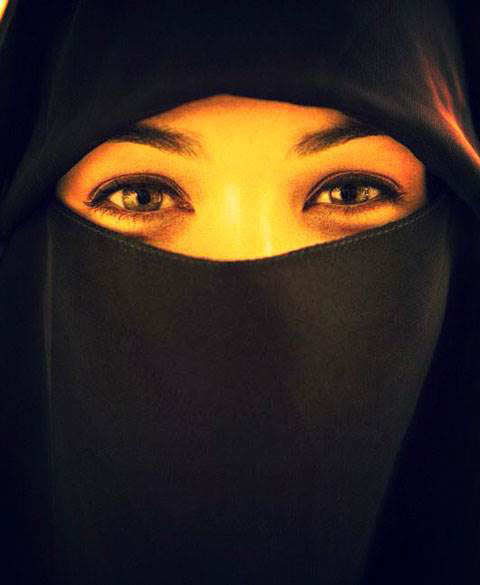 “Big debates recently over whether Muslim nurses should be allowed to wear Niqab in work when working with patients. What are your thoughts?” (@MonsterMikester)

The above tweet caught my attention yesterday.  My answer, in short, was:

There was so much more I wanted to say but the nature of Twitter forces you to cut down your response to the bare minimum.  What I wanted to say in full was:  I found the question to be interesting and thought provoking – that I didn’t reach my answer straight away even though I’m a Muslim woman myself.

I considered things from a patient’s point of view and weighed up the ‘communication’ argument in my head.  This notion that a niqab hinders non-verbal communication holds some truth – only if that is your social norm.  I would argue that the definition of, or what constitutes good communication is subjective and can vary for people of different backgrounds.

For example, I’m a UK expat living in Saudi Arabia.  Here, the niqab is the norm, followed closely by hijab and then a small minority of women don’t wear a scarf at all.  Here, some female doctors, nurses and reception staff wear the niqab whilst performing their duties, interacting with colleagues and patients.  If it was universally accepted that quality of care is indeed affected negatively by women covering their faces then surely the niqab would be banned in the Saudi Arabian healthcare settings too?

I’ve frequented the hospitals and clinics here and from my experience, respect and empathy can be carried in the voice, in the softness of eye contact or in the relaxed posture.  Non-verbal communication and the niqab can co-exist, we just have to look elsewhere for it.

Now I can see how some expat patients living in Saudi Arabia will not feel comfortable with this niqab friendly environment as much as I can see a minority of UK patients feeling uneasy about a niqab wearing nurse in the vicinity of their health.  The problem here isn’t the niqab – it’s the patient who will insist on not being attended to by someone who is Black, Asian, Muslim or anyone else who doesn’t fit in with their background.

If we abolish the niqab from public settings, how are people meant to respect each other’s differences and learn more about one another?  And how can we stand by and support this violation of a human right?  Yes, some women are forced to wear the niqab (this I do not condone), but most women in the UK, it’s fair to say, wear the niqab out of choice.  If women choose to cover their face for personal reasons, who are we to judge or banish this right?  In fact, it makes me laugh when I hear male politicians criticising the niqab because they believe women are being told by their husbands, brothers or fathers to cover their faces.  They say it’s oppressive.  So it’s not oppressive for you, a male, to insist that a woman remove her niqab when she has worn it out of choice?

And why are we just focusing on niqabs?  While we’re at it, let’s ban botox and surgical masks because they too hinder non-verbal communication don’t they?….

Yes a balance needs to be maintained where security issues are concerned.  I completely support the removal of niqabs for identity purposes but as proven by some organisations, provisions can be made (such as involving female staff) which do not violate the woman’s religious beliefs whilst institutional rules and regulations are adhered to.

As I follow this debate, it’s difficult to resist believing in the conspiracy theory that governments and media moguls deliberately stir up frenzy over such matters in an effort to distract the general public from the bigger issues at hand.  The issues for which our governments are culpable for not meeting the needs of their voters and tax payers.

The ‘big debate’ shouldn’t be about whether nurses are allowed to wear a piece of cloth over their faces or not.  It should be about whether our nurses, teachers and other public service personnel are being paid enough, receiving ongoing training and being given resources to do their jobs effectively.

A niqab won’t reduce the quality of care but budget cuts, staff shortages, longer hours and disgruntlement over salaries will.